Lawmakers jetted home Thursday for seven weeks of conventions, cookouts and campaigning, leaving behind a trail of unfinished spending bills they’ll need to pick back up when Congress returns for a few weeks in September.

The fiscal 2017 appropriations process was supposed to be front and center on lawmakers’ list of accomplishments to show constituents over the summer recess. Republican leaders in each chamber pledged early in the year to make a bit of appropriations history and complete work on all individual spending measures for the first time in two decades.

So far, they’re zero for 12, and a stopgap spending measure likely will be needed in September to avoid a government shutdown when fiscal 2016 expires Sept. 30. But lawmakers have at least laid the groundwork for potentially completing their work later this year.

Here’s what Congress did and didn’t accomplish in budget and appropriations action before the summer recess.

Senate spending work got off to a record-shattering start in April. The Appropriations Committee’s approval of its first spending bills April 14 was the earliest start in the modern budget era. Its last markup on June 29 was the earliest finish since 1988.

The full Senate also took up and passed its first appropriations bill, the fiscal 2017 Energy-Water bill (HR 2028), earlier than ever. Senators began work on the measure April 20 and passed it May 12.

The blazing pace didn’t last, as partisan squabbles over spending and policy issues delayed and eventually shut down appropriations work entirely before senators adjourned Thursday. The Senate has passed just three bills – and none since May 19. A measure funding the Justice Department and other agencies (HR 2578) was sidelined by an unanticipated fight over gun control, and attempts to bring up a Defense spending bill (HR 5293, S 3000) were stymied by Democrats.

The House got off to a slower start bringing spending bills to the floor, delayed by disputes over a budget resolution, but by July the chamber had surpassed the Senate’s productivity. The House adjourned for the recess after passing its fifth fiscal 2017 bill, for the Interior Department and EPA (HR 5538).

[Get analysis like this sent to you via news alert. Start your trial to CQ.com today.]

Pump 12 Bills out of Committee

“For those of you that want to say the House is dysfunctional, you may be right – but it’s not this committee,” said House Appropriations Chairman Harold Rogers, R-Ky., convening the panel’s 12th and final markup Wednesday. 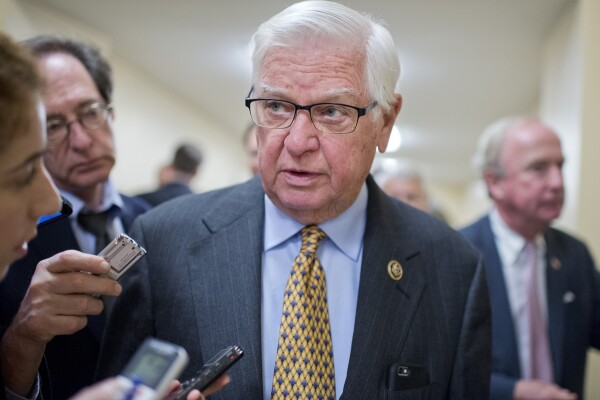 The last fiscal 2017 markup in either chamber put a bow on two straight years of moving all 12 bills out of each committee.

Besides earning them bragging rights, appropriators’ productivity also lays the crucial groundwork for potential omnibus negotiations later this year. Subcommittee chairmen and staff can begin comparing notes across the Capitol and mulling ways to resolve differences in each chamber’s versions of the bills ahead of the possible year-end finale.

“After you’ve worked the will of the Appropriations Committee on all of the bills, you’ve done a lot of work. So I hope we can preserve that,” said Sen. Tom Udall of New Mexico, a top Democratic appropriator.

This year’s committee work primes omnibus talks even more effectively than last year because of the agreed-upon discretionary spending levels adhered to by both panels and contained in the two-year budget agreement signed late last year (PL 114-74).

Senate consideration of the Commerce-Justice-Science measure in June was consumed by a national debate over gun control after the mass shooting in Orlando, Fla. That was sparked in large part by a nearly 15-hour filibuster led by Sen.Christopher S. Murphy, D-Conn., who held the Senate floor until Republicans agreed to vote on gun control legislation. 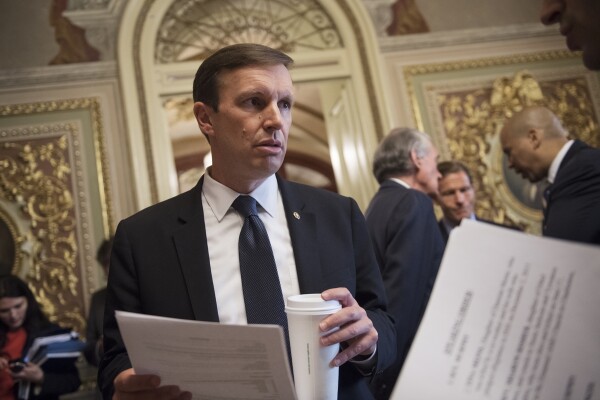 Senate Majority Leader Mitch McConnell, R-Ky., scheduled votes on Democratic amendments to expand background checks and deny firearms to terror suspects, along with Republican alternatives that Democrats considered too watered down to suffice. Rejection of those four amendments was followed by an effort to adopt a compromise measure, spearheaded by Sen. Susan Collins of Maine, a moderate Republican.

But a test vote on that measure showed it lacked the support of 60 senators. The chamber threw in the towel on that effort  — and the overall spending bill.

[Are you looking to influence Congress? Find out how with CQ Engage today.]

If the House and Senate had been able to agree on a fiscal 2017 budget resolution, it would have marked just the second time Congress had fulfilled this responsibility since 2009. (The GOP-led chambers adopted a fiscal 2016 budget resolution last year, breaking a five-year dry spell.) But it was too much to ask, especially in a presidential election year with a closely divided Senate and a continuing conservative insurrection in the House. 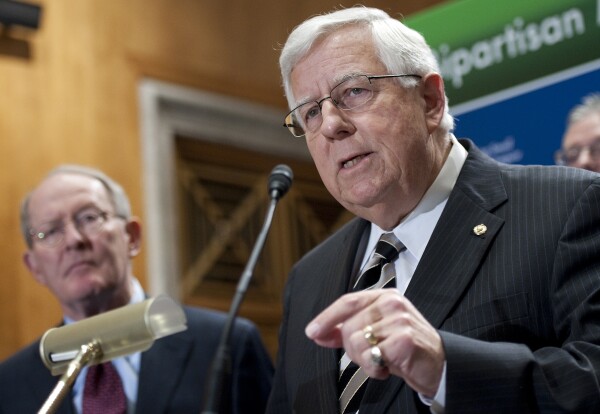 In the Senate, Budget Chairman Michael B. Enzi did not even attempt to mark up the annual tax and spending framework. The Wyoming Republican’s budget staff put in the time to craft a plan, but it was clear early on that some Republicans did not want to vote on a budget, seeing only a downside as they struggled to retain their vulnerable Senate seats. GOP leadership had foreseen this scenario, and made sure that last year’s budget deal included a provision allowing Enzi to file enforceable budget numbers in the absence of a resolution.

The situation was altogether different in the House, where Budget Chairman Tom Price labored to write a budget that could win the support of the GOP conference, and spent countless hours trying to sell it to fellow Republicans. Nothing the Georgia Republican said was enough to change the minds of hard-line conservatives who refused to accept the $1.07 trillion fiscal 2017 discretionary topline in the budget resolution (H Res 125). That topline reflected the statutory cap on spending as raised in the budget deal. But most House Republicans had voted against that deal, and the most hard-line among them weren’t ready to change their minds about it anytime soon.

Republicans trumpeted a return to so-called “regular order” as Congress kicked off work on the fiscal 2017 spending season, optimistic that the budget agreement would provide spending certainty that would pave the path for a budget resolution and vigorous floor action on appropriations. But as that House budget disagreement crushed hopes for early floor activity on spending bills in the chamber, it became clear that a swift pingpong of bills across the two chambers, into conferences, and onto the president’s desk would not happen.

In the House, movement of spending bills was derailed by an open amendment process that in the case of the Energy-Water appropriations bill (HR 5055) left the legislation unpalatable to majorities of both parties after numerous controversial amendments were adopted. That led House leadership to clamp down on the amendment process through the Rules Committee and shuffle spending bills through structured rules, which means only certain amendments come up for debate.

Send Bills to the President

The one bill to pass both chambers before the summer recess, the popular Military Construction-VA measure, never made it to the White House because Senate Democrats stymied the GOP-written conference report (HR 2577).

The rejection of that normally bipartisan measure was largely due to the inclusion of a $1.1. billion Zika response package that Democrats saw as riddled with poison pills. But failure to provide funding even for veterans and home-state military projects shows just how divided both sides are, and how defective the spending process remains.

It’s still possible for lawmakers to send a bill or two to the president in September, if Democrats drop their blockade, or the House takes up one of the bills already passed by the Senate, where the appropriations process has now fully crumbled. But attention has already turned to a continuing resolution, a bad sign for further progress on individual bills.

Perhaps the surest sign of how broken the spending process has become was lawmakers’ inability to put partisan differences aside to respond to the public health threat posed by the Zika virus.

The mosquito-borne disease has been on lawmakers’ radar from the beginning of the year. But by the time summer and the heavy mosquito season arrived, Congress had yet to send the president a bill to provide emergency resources to health and foreign aid agencies to combat the virus at home and abroad.

Conference negotiations in June fell apart as Democrats walked away from the table, or were frozen out by Republicans, depending on who tells it. The GOP-written conference report to provide $1.1 billion in emergency spending contained offsets and policy language Democrats considered non-starters.

After Senate Democrats initially blocked the final measure (HR 2577) in June, each side spent the next few weeks lambasting the other for playing politics with a national health emergency. On Thursday, the Senate once again rejected an attempt to advance to a final vote on Zika aid.

Amid the appropriations chaos, Enzi released a six-page outline on Wednesday detailing the changes he hopes to make to the federal spending process, but he did not meet a self-imposed deadline for releasing an overhaul bill.

Enzi has made budget process overhaul a priority this year, but he has not made significant progress since convening four hearings in April. While there have been closed-door meetings among committee members and staff as well as ongoing negotiations, his attempts to move a bipartisan piece of legislation will have to wait.

Once released, Enzi’s bill would likely include moving to a biennial budgeting and appropriations cycle, eliminating the marathon voting session on budget resolutions known as the vote-a-rama, carving out floor time for the annual appropriations bills and altering how budget points of order can be waived.

In the House, Price held a series of hearings on the same topic in June and July. He plans to re-write the 1974 budget act that established the budget committees, the Congressional Budget Office and the modern annual budget process. Price has not released a bill either, but has said for months that was not his goal. He hopes instead to work privately this year to set up action on a complete overhaul next year.