House Budget Resolution Could Be Doomed by GOP Struggles

House GOP leaders face a real risk of not being able to move a fiscal 2017 budget resolution if they can’t persuade enough hard-liners in the chamber to vote for a plan that would comply with the spending caps that were raised in the budget deal last year.

That would be a dramatic departure from the “regular order” that Speaker Paul D. Ryan, in his first full term as the chamber’s leader, repeatedly has vowed he would achieve. And it could torpedo the fiscal 2017 appropriations process just now getting underway, leading to passage of a stopgap spending bill.

The House GOP conference is set to meet behind closed doors at 9 a.m. Friday to hash out what should be in a budget resolution and what will be needed to get the votes to pass one.

In public, GOP leaders are expressing confidence House Republicans eventually will unite around a budget resolution, which would set enforceable limits on spending and taxes over the next year and likely the subsequent nine years.

But in private, they are not leaving anything to chance.

Ryan, R-Wis., House Budget Chairman Tom Price of Georgia and other GOP leaders are talking and meeting with members throughout the week on the topic. Price hopes to mark up a budget resolution Feb. 25, with floor consideration to follow a week or two later.

Majority Whip Steve Scalise, R-La., is holding three listening sessions on the budget this week with any Republican who wants to attend. Price is participating in those meetings and Ryan may attend at least one of them. 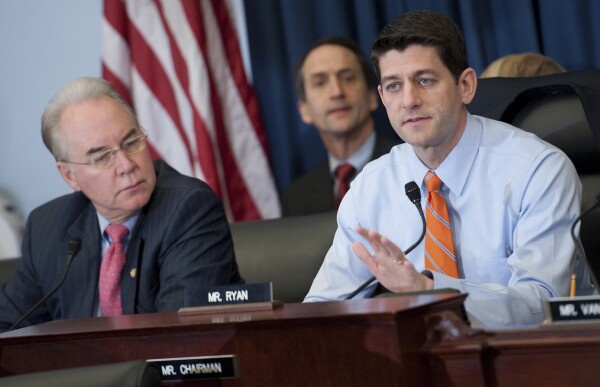 Asked if not doing a budget was a possibility, Price said, “Oh no, I think we’ll get there.”

“Budgets are always a challenge,” he said. “This one gets more difficult because the president and the administration refuse to address the fiscal challenges that the country has. And so every year it gets worse and worse and worse.”

Ryan expressed confidence earlier Wednesday that “we’ll get this figured out.”

Tom Cole, R-Okla., a top appropriator who also sits on the Budget Committee, said it would be “a step backwards not to actually complete a budget.”

“These things usually come together at the last moment,” he said. “The budget’s always ‘The Perils of Pauline,’ you know. But in the end it usually works out OK and I hope we can do that again this year.”

GOP leaders in both chambers have championed the idea of returning to regular order, including moving a budget resolution each year and passing individual appropriations bills on time. They also argue that Republicans will be able to achieve more of their policy objectives if they can take advantage of the leverage they get from passing appropriations bills.

That ambition could go out the window if the House looks unable to pass a budget resolution, which could lead to the project being dropped in the Senate. Price said he is committed to writing and passing a budget. Senate Majority Leader Mitch McConnell, R-Ky., wants to try to pass one.

But a handful of GOP senators, including some who face tough re-election bids, would prefer to skip voting on a budget because the free-for-all amendment process that is part of the budget debate in the Senate could furnish their opponents with campaign fodder. 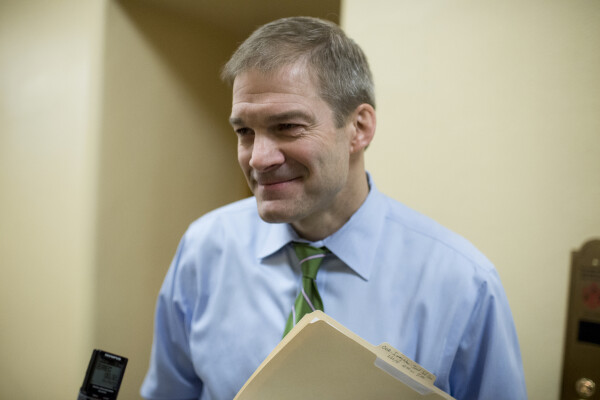 “Spending is a big concern, and that’s why we’re concerned about these numbers that were agreed to just three-and-a-half months ago,” Ohio Republican Jim Jordan, chairman of the House Freedom Caucus, said. “But we’re still talking about all that.”

The Senate could proceed to fiscal 2017 appropriations bills without a budget resolution, since GOP leaders put what is essentially an automatic fallback budget resolution in the budget deal.

In the House, however, if there is no budget resolution, the topline discretionary spending limits would have to be put into a rule and then passed or deemed to provide enforceable spending limits for appropriations legislation. Getting the “deemer” passed could be a problem if the topline from the budget deal is used and enough Republican lawmakers refuse to support it.

If House GOP leaders can’t get enough backing for a budget resolution, it may not even come up for a vote. The House Budget Committee could choose to write a budget at the lower spending levels that prevailed in law before the budget deal, but that would be a fruitless exercise.

A budget resolution that breaks from the new caps is unlikely to get any traction in the Senate. Even if it somehow were adopted, Democrats in the Senate almost certainly would block consideration of any appropriations bills written to the lower spending levels, as they successfully did last year.

GOP leaders are looking at using reconciliation instructions in the budget as one way to sell it to recalcitrant conservatives. Last year, Republicans used the budget to move a reconciliation bill (HR 3762) that would have repealed much of the 2010 health care law (PL 111-148, PL 111-152). The repeal was vetoed earlier this year by President Barack Obama and the House did not agree to an override.

One option under discussion is to put reconciliation instructions in the budget resolution that would be aimed at achieving Republican objectives. But lawmakers might wait to act until early 2017 to craft a reconciliation bill that could pass in the Senate with a simple majority, when there could be a Republican president.

To do this, the House and Senate would have to agree to and adopt a budget resolution containing reconciliation instructions this year. Some budget experts and staff say the reconciliation bill could be delayed until next year, when there will be a new Congress. But other staffers cautioned that there is some question about how or if that would work.

If the House can’t move a budget resolution, it may signal the collapse of the appropriations process this year and could result in falling back to a stopgap measure to fund the government in the fiscal year that begins Oct. 1. Stopgaps are typically written to continue funding at current spending levels. 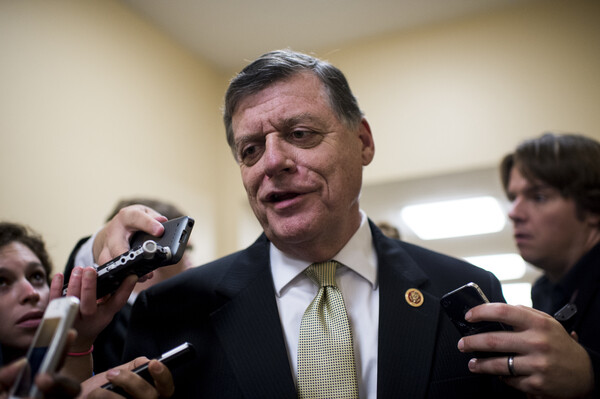 A fiscal 2017 stopgap written to current spending levels would spend about $3 billion less than what would be allowed next year under the budget deal caps.

“Most of that additional $3 billion is defense spending,” Cole said. He added that if Congress were to pass a continuing resolution rather than spend at the new caps, “you’re not going to save much money.”

Lindsey McPherson and Kellie Mejdrich contributed to this report.