If terrorists attacked one or more of America’s nuclear missiles in the northern Great Plains, U.S. military personnel would not be able to respond effectively, because their Vietnam-era helicopters are not up to the task, according to lawmakers, U.S. military leaders and Defense Department documents.

“They are not capable of doing the job of responding to an alert,” said Alabama Republican Mike D. Rogers, chairman of the House Armed Services panel that oversees strategic defense programs, in reference to the aging fleet of UH-1N Huey helicopters now deployed to protect intercontinental missile launch facilities around Air Force bases in Wyoming, Montana and North Dakota. “This is about nuclear weapons that are at risk.” 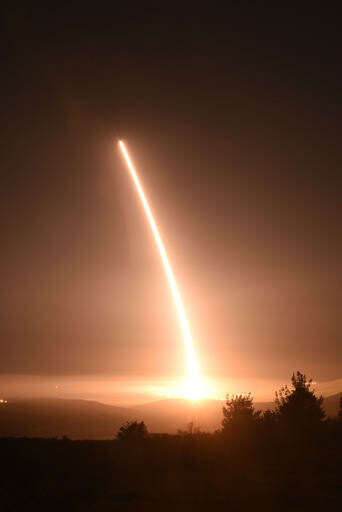 “Listen, I don’t like talking about this publicly,” Rogers added in the interview with CQ. “This is a vulnerability that I don’t like being in the public domain. But I can’t get it fixed, apparently, without focusing some attention on this matter and how unacceptable it is. … You’re going to hear my language get more direct on this topic in the coming days and weeks in public. Our situation is completely unacceptable.”

The need for new helicopters at the ICBM bases has received considerable attention, mainly in the defense trade press. And on a couple of occasions this month, lawmakers brought up in hearings a general concern about security problems that might arise as a result of the aging helicopters. However, details of the Hueys’ inability to support security personnel in the event of an attack have not previously been disclosed.

The Air Force first identified the need to replace the 62 Hueys at issue in 2004, and the program has been delayed several times since, congressional aides said. About half those helicopters protect the missile fields, while the other half support a “continuity of government” mission in the event of a crisis in the Washington, D.C., area.

The need to act to safeguard the ICBMs became urgent last summer. Alarm bells went off inside the Pentagon and behind closed doors on the congressional defense committees when the Hueys came up short at Mighty Guardian, a classified annual security exercise at Francis E. Warren Air Force Base in Wyoming.

Details of what went wrong in the exercise are secret. But the essence of the shortcoming is becoming clear.

“They’ve run an exercise, a couple of them, and every time they use the Hueys, they fail,” said Republican Ryan Zinke, Montana’s congressman, in an interview.

Zinke, a former Navy SEAL, said the Hueys don’t have the range to fly many miles to far-flung silos and then stay on station and fight if necessary. Nor, he said, can they carry sufficient payloads or operate effectively enough at night or in the often inclement weather of the northern plains.

Since Sept. 11, 2001, the requirements for defending missile fields from terrorists have grown, and so has the number of people assigned to the mission, the weight of their gear and the kind of fighting they have to be ready to do, lawmakers and aides said. The old Hueys have not kept pace.

The Hueys “don’t have the lift and capacity,” said Sen. Steve Daines, R-Mont., a member of the Appropriations Subcommittee on Defense, in an interview. “If they do get in an alert situation, they just don’t have the hover time from the distances in Montana and, I assume, Minot” Air Force Base in North Dakota and Warren Air Force Base in Wyoming, he said.

After last summer’s exercise dramatized the vulnerability, Adm. Cecil D. Haney, the commander of U.S. Strategic Command, or USSTRATCOM, fired off on Aug. 6, 2015, an urgent letter about the problem to the deputy secretary of defense and the vice chairman of the Joint Chiefs of Staff.

The letter made the rounds of key offices on Capitol Hill. Since then, Rogers said, he has been privately pushing to do something about it. On the day of the interview, Feb. 26, he said he had been on the phone with Defense and Air Force officials.

The helicopters have to be able to protect convoys carrying nuclear warheads as they travel along many miles of highways in between their nearly 450 different silos, on the one hand, and the bases where maintenance work is done on the other, officials said.

In addition to that convoy requirement, security forces also have an “alert mission requirement”: responding to an attack on any of the facilities. The convoy requirement can be met by stopgap measures such as setting up refueling stations at intervals in the plains. But there is no way of fixing the Hueys’ inability to support the “quick reaction” security mission that would be required in the event of a terrorist incident, officials say.

In a previously unpublicized Feb. 4 letter to Rogers, Air Force Secretary Deborah Lee James wrote: “Because of current speed, distance and payload requirements, the Air Force is unable to mitigate the alert mission requirement without fielding a UH-1 replacement.”

In the margin of the letter, James wrote a note by hand to Rogers: “I am treating this as a top priority!”

In a written Feb. 26 statement to CQ, STRATCOM chief Haney confirmed that the helicopter force is not completely meeting the requirement.

“The nation’s nuclear deterrent remains safe, secure, effective and ready; and our security practices, including those at our missile complexes, continue to evolve as the nature of potential threats change,” Haney said. “Maintaining the security of our nuclear weapons requires a modern helicopter with sufficient capabilities to counter both today’s and future threats. The UH-1N does not fully meet current ICBM complex security requirements as outlined by DOD and USSTRATCOM.”

A Call for Blackhawks

Lawmakers are not only outraged because of the potential vulnerability of the U.S. nuclear weapons. They are angry because they believe the Air Force should have already started procuring a replacement for the Hueys.

James, the Air Force secretary, has told Congress in testimony and in writing that the service will announce in March or April how it will acquire new helicopters. Whether the service will launch a competition or not is unclear. Either way, the administration has proposed spending close to $1 billion over the next five fiscal years on the effort.

“One possibility would be to address the most urgent piece of this requirement first, possibly even through a sole source situation, because  . . .  we could acquire the helicopters more quickly,” James told the Senate Appropriations Subcommittee on Defense on Feb. 10.

Rogers is leading the chorus that argues a competition will take too long and that the Air Force should just buy UH-60M Blackhawks, which the service has identified as meeting the mission requirement. Procurement law permits the Pentagon to waive the requirement for competition in cases where there is an urgent national security imperative.

To some on Capitol Hill, that need couldn’t exist more clearly than it does in this instance. They worry that lawyers are keeping crucial equipment from airmen.

“It’s the kind of thing that makes you want to get screaming drunk and jump into a river,” one Hill aide said.

The Air Force did not directly respond to a question about the nature of the security problems or why it is considering holding what could be a time-consuming competition.

Haney of Strategic Command told CQ he is hopeful that action is coming soon.

Air Force Global Strike Command “has proactively implemented security mitigation measures,” Haney said. “However, no amount of modification to this 1960s platform will close these helicopter capability gaps entirely. I am confident the Air Force understands the security mission requirements and am convinced they are dedicating the necessary resources to deliver replacement helicopters as soon as possible.”